Tips & Tricks how to get higher rank in Valorant 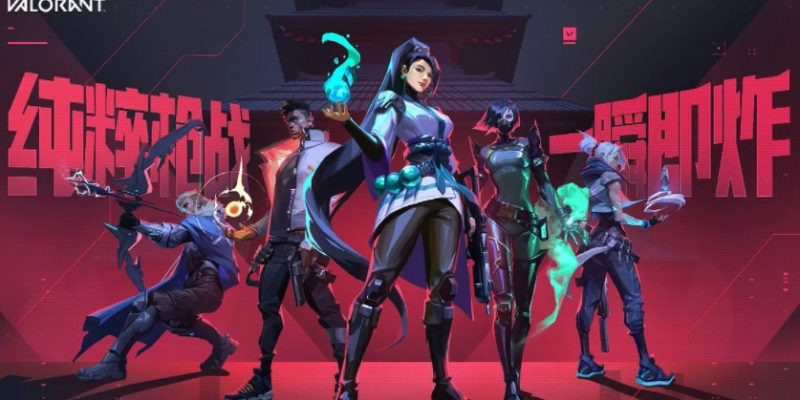 Who doesn’t like to play Valorant? It’s a fun thrilling action game that every player loves to play. Of course, every player wants to give his best and rank up the scoreboard. Though the game is played in a team format and everyone's performance counts in teamwork but at lower stages, your individual performance can help you fly up your Rank Rating by winning the matches. With new difficulty levels, the game has become more challenging and exciting. These tips and tricks might help you to win and ride up the Rank Rating.

In team games, effective communication is crucial to work as a team and winning. You might be giving the best play of your life but your teammates’ terrible performance can turn away all your effort. In this game, as the playing abilities are dispersed among all 5 team members, so it becomes important that you effectively guide your fellow players about the location of opponents and devise a winning strategy together to attack the opponent members. Effective communication, information flow, and support can help you to get a higher rank in Valorant.

Get hold of Opponents’ positional habits

Most of the players develop a habit of playing at the same position in the game. They get so comfortable in attacking or defending from a certain position that they don’t move from that particular position for the entire half of the game. You can memorize those fixed positions of your opponent agents and use their habits against them. You can do this by communicating with your team members to outnumber them at the attacking or defending point. By outnumbering them you will surprise them and there is a good chance to kill them without giving them time to come up with a counter strategy or running to a new position.

If you are losing again and again to some top agents in the opponents’ team then try to run away and avoid those players. Rather focus your energy on targeting the weaker players. Targeting weaker players first doesn’t mean that you are afraid of facing the top players and are shying away. Rather it means that you are putting up a winning strategy because the main goal is to win the game and reach a higher rank than playing against a particular player to prove that you are a better player. Valorant is a game of nerves and a good strategy is required to outperform your opponent agents. By opting for this strategy, you can eliminate the weaker players first and then team up against the top players and attack them collectively. It will enhance your chances to kill the top players and win the game which is the actual goal of your team members.

Target agents who have no credits

Pressing the tab button you can check out the credits of your opponent agents. Inquiring about the credits can show you which of the teammates have low credits. The agents with low credits mean that they won’t have powerful guns and attacking devices. You can take advantage of this information by identifying the enemy agents with low credits and attacking them first to eliminate them with your specialized guns. Using such strategies can help you outperform your opponents and enhance your chances to win and climb up the Rank Rating.

Warmup before a ranked match

No matter how good you are at Valorant, it never hurts to have a warmup routine to polish your skills before actually playing a ranked match. You can try out the practice range of Valorant to practice your aiming skills by shooting moving and stationary bots. If you think you are too good to play a practice range then you can also warm up your aiming skills at a Deathmatch with real players. To aim better you need to keep certain points in mind:

Get hold of crucial locations

Every game map has certain points that are crucial to winning the match. For instance Position B on Haven, a short on Bind, mid area on Ascent, etc. Having control of these crucial points offers comfortable access to other areas and positions on the map elevating your chances to win. It also puts your opponent agents under pressure because they will know that you have an edge in the game. So, always try to attack or defend these crucial points and enjoy your top ranking in the game.

Keep an eye on the minimap

Minimap is your ultimate guide about the enemy’s position, death status, and other information. You can use all this information to your advantage. For example,

These examples imply the importance of tracking the movement of enemies and game stats on the minimap.

Devise a strategy as a defender and attacker

You need a workable and good strategy both as an attacker and a defender. Rushing as an attacker and pushing too hard as a defender might work at times, but are not reliable play strategies. Rather you need to plan your move, coordinate with team members and then attack or defend the site to out beat the opponent agents.