The Faceoff: CS:GO versus Valorant 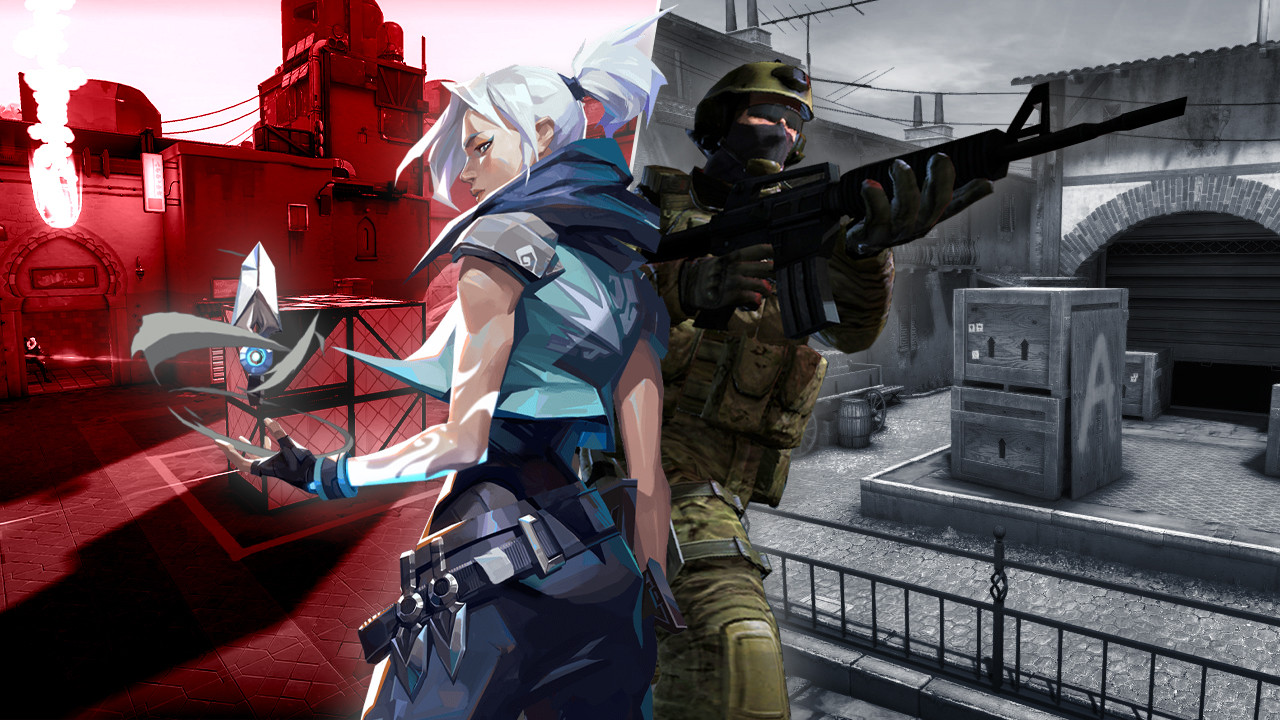 Without any controversy, when some of the groundbreaking game design contributions are mentioned, two games have a great chance of making the prestigious cut. Meet Counter Stike: Global Offensive and Valorant. The reasons are not far-fetched. The ultimate goal of game developers is to create gaming products that catch attention and ultimately, impress the gaming community. When a game can attract a large chunk of the gaming community, then it means that people have found something special. The elements that make up an outstanding game are not esoteric. They are characteristics that impress even the most experienced gamers who have seen it all and have become 'hard to get'. Counter Strike: GO and Valorant could not have attained such tremendous success and popularity without a good mix of most of the following attributes.

Gamers are impressed with what they see. A game is largely judged by how realistic it is and how well it's pictures can make the story come alive. Good graphics subconsciously convince the gamer even to a meager extent, that the story is playing out live before them and that whatever transpires on the screen is the actual representation of events.

While creating closer to life graphical representation will earn any game the maximum accolades, it has also been observed that many gamers don't mind if graphics appear real or not if they are graced with tremendous and innovative artistic imprints. This is where the game developer's superb creativity will come to bear. Art is appealing and most irresistible. If a game scores impressively in this aspect, it will be given a place of honor among the community of gamers.

Never underestimate gameplay. It is widely considered to be the soul of any video game. It determines how much involvement the player will have in the game-and people love to be involved or carried along.

People do get emotionally attached to games. It is the story that creates this emotional bond. Emotion sells. If a game's story can be intense and emotionally stimulating enough, it will help the player to want to understand the characters and why they are to take certain actions. Emotions even motivate the player to want to ensure that a certain game character actualizes its mission.

Hardly does a gamer enjoy being congratulated for a victory that they feel didn't quite deserve or which they got on a platter of gold. Maybe for new gamers but certainly not for gamers who have gained some experience. Players want to savor the thrill of victory. The higher the difficulty, the greater the thrill.

Truth be told, it is rare for a game to perform excellently in all the categories listed above. However, a game that will be the toast of the gaming community should have an impressive ranking in most if not all of these characteristics. This is why CS:GO and Valorant have succeeded in commanding a respectably large following in the gaming world. In this article, we will place both games under scrutiny to identify where they got it right and where they had inadequacies. First of all, let's see how these games went through their journeys.

Counter Strike: Global Offensive was developed and released by Valve and Hidden Path Entertainment as a continuation and follow up to the previous counter strike initiative-Counter Strike: Source. CS:GO was finally unveiled to the public and the gaming community on August 12th, 2011. Since then the game has continued to garner commendation and popularity amongst gamers. To give the gaming community more reasons to fall more deeply in love, Valve has embarked on an intense improvement campaign on the game. New game modes and maps are some of the subsequently added features to the game. CS:GO ultimately became one of the most loved games around.

CS:GO stands out from any regular game in many ways. Some of those ways are:

The opportunity to trade skins in an amazing platform in Counter-Strike: Global Offensive is one of the reasons why it became so successful. The developers also provide updates to skins.

Counter Strike: Global Offensive demands time from its players. From the look of things, players are happy to oblige. The length of the game is what has endeared many gamers to it.

CS:GO has served its players with a buffet of exhilarating game modes to choose from. Beginning with the default game mode which is so much fun on its own, players can experience even higher levels of satisfaction.

CS:GO's gameplay has set an example in the replication of real-life scenery. Players can easily pretend to be actual terrorists or counter-terrorists because of its look-alike characteristics.

Having a large community of players to interact with is a plus for any fan of CS:GO. Players can share ideas and engage with more fun and excitement.

The cons of CS:GO are:

CS:GO should have avoided having to make players go through the same scenarios over and over again. Repetition makes any game less exciting.

Many Counter Stike: Global Offensive players have a thing or two to say about the ease and speed of the de-ranking process. Many feel that it should be more lenient than it is.

If you have interacted with the Counter Strike: Global Offensive community, one quick observation you will make is the lack of politeness and civility in its community. I believe that the developers could do a lot more in checking player contributions on its platform.

Graphics Could have done better

The masterful design of the CS:GO game is greatly obscured by it's less than impressive graphics. Grainy textures plague the game all through. Not easily noticed and is not a problem for every gamer, but will be something that could have been done better.

Valorant has been a too feature in the game ranking lists for a long time. From offering limited access on April 7th, 2020 to when it was finally and fully released on June 2nd, Valorant has garnered growing attention from the gaming community. The creativity of its developers- Riot Games, its more modern outlook, and it's a similar game plot to CS:GO has made many see it as a potential threat and an option for Counter Strike lovers. Valorant is also tactical and multiplayer based.

If you are in for the action, which I know you are, Valorant won't disappoint. When the spike rush begins, super-exciting action becomes the order of the day.

Having the freedom to do chose a wide range of options and strategies is always a delightful feature of any game. No player enjoys limited options. Valorant characters can carry out a host of super-exciting options all game long.

What Valorant lacks in its realism, it compliments in its art. Valorant is marked with awesome artistic and visual impressions from the characters to the scenery.

New players will not have a hectic time getting to understand the game as unlike most other games, Valorant is quite easy to grasp.

Valorant shares an amazing story with CS:GO. The 5-a-side tactical team of terrorists and counter-terrorists is an amazing concept anytime, any day.

As with Counter Strike, Valorant has an interestingly large community of players. This helps to make interactions and ideas sharing quite exciting and beneficial.

After a while of going through several game modes with Valorant, you get to the point where it all seems like you are doing practically the same thing. Game modes become strikingly too similar and this reduces the player's satisfaction.

Apart from a robust range of capabilities that Valorant characters possess,  characters are not quite relatable and seem distant. Players want to get attached to and be able to "feel" the characters of a game.

This is quite simple and straightforward. Valorant practically focuses on the PC-gamer to the detriment of the others.

The Valorant outlook is embarrassingly childish, especially for older generation players. From the characters to its visuals, it appears too cartoonish and this is a turn off for many players who do not want to feel immature.

So here you go with a description of both games, and their strengths and weaknesses. I have decided not to give my own opinion on which is superior in order not to spoil the fun. Both have their attractions and turn off for every gamer. Basically, it can be seen that while CS:GO and Valorant share quite similar gameplay, Counter Strike: Global offensive is more realistic while Valorant is more artistic, even going to the extent of employing magical capabilities in its make up. In the end, the choice is still all yours.

If you are looking for help with raising your rank in both game you should check our csgo boosting or valorant boosting section!